Kuching is blessed with some amazing public parks.

These public parks not only provide the community with a proper place to exercise and relax, it also gives the city its very own ‘green lungs’.

Entry to these Kuching public parks are usually free, but some parks do have opening and closing hours to be observed.

Here are some of the main public parks in Kuching. 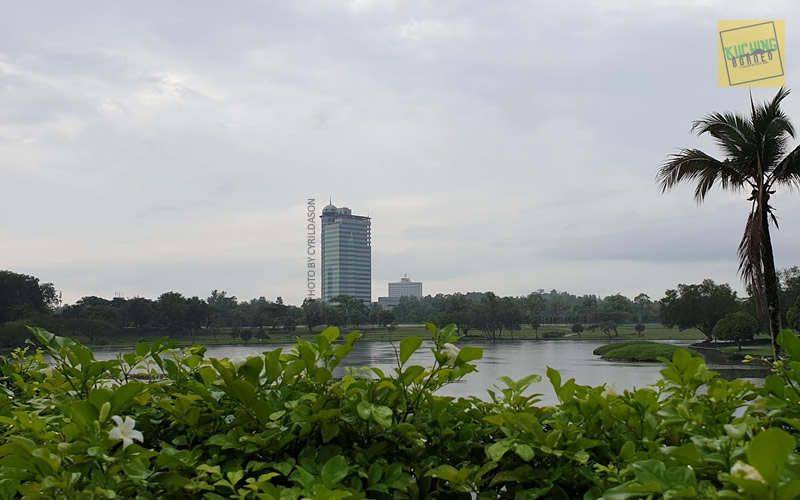 Pustaka Negeri Sarawak is actually a library, but its surroundings is beautifully crafted and planned to also house a public park which is well utilized by the public. The Malaysia-China Friendship Park, known locally as just Friendship Park, is an important landmark of the Sarawak-China friendship.  It has plenty of beautiful statues and monuments and is considered one of the most beautiful parks in Kuching. The Kuching Reservoir Park is another beautiful park in the middle of Kuching City. Parking here is easy and due to its central location, it is easy to access from anywhere in Kuching City.  There’s a variety of jogging paths available, with some heading uphill and down hill. The paths are well shaded and you can also cross the man made lake by using a bridge. Read more about this park here. The Kenyalang Recreational Park is also known as the Kenyalang Traffic Park or Traffic Garden.  It’s a small park located within the Kenyalang area and has a flat jogging area. It is one of the few public parks in Kuching which is gated. The Pending Recreational park isn’t exactly popular among locals given its location, but that doesn’t mean one can’t jog within its vicinity.  The park is quite big and tree provide good shed for those jogging here. The Darul Hana Islamic Park is the latest recreational park in Kuching. It is located within the Petra Jaya area and most parts are still under construction (in 2021).  Jogging here will see you utilize the flat cemented pathways which are well connected to each other with Islamic fused decorations. The Sarawak Botanical Garden, was previously called Wisma Bapa Malaysia Recreational Park (If I am not mistaken).  It is one of the biggest recreational park in Kuching City, and has undergone massive face-lift since it was rebranded as the Sarawak Botanical Garden.  Due to its hidden location, it is not well known but provides an amazing jogging track and is well shaded.

Sama Jaya Forest Park, also known as Sama Jaya Nature Reserve, is a park under the Sarawak Forestry Department. The jogging path here is well maintained and there’s basic fitness facilities as well. While you jog, you can expect to see wildlife like monkeys so be wary of them. The jogging path is a combination of hills and flat areas. The Batu Kawa Riverside Park (Wetland Waterfront Park) is a new jogging spot in the vicinity of greater Kuching.  The park, currently under massive construction (in 2021) stretches for two kilometers with part of the park now already open to the public.  When completed, the park will not only good for jogging but also photography due to its unique decorations and features. Kuching Waterfront isn’t exactly a public park, but most Kuching residents treat it as one.  Why not? The esplanade has a fantastic view and facilities worthy of being a great place for leisure.  More info on Kuching Waterfront can be read here.

You local jogging space is not listed? Let me know by contacting me on Facebook. – Jogging space listed here must consist of a proper path for jogging.  Roadside jogging areas will not be included.